View here the profiles of our Montana River Guides:

Adventure Missoula has some of the most knowledgeable Montana River Guides in the area. Our staff come back every year for fishing and raft trips with our customers and we are a small family of outdoor enthusiasts that enjoy what we do along with a lot of other things too that make us perfect and unique. 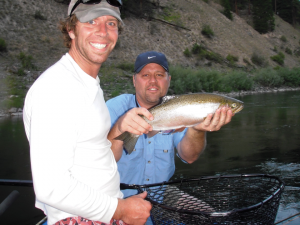 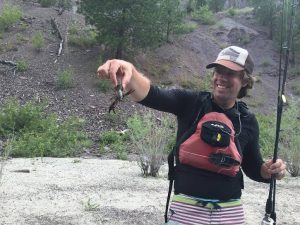 Jared grew up in West Yellowstone Montana, exploring the many fishing holes, mountains, and rivers in his backyard. Attending the University of Montana provided him with yet another great backyard–Montana’s Bitterroot Mountains and the rivers of Northern Idaho. Jared graduated from the University of Montana in Environmental Science and currently teaches high school Biology, Wildlife, and Forestry. He is our #1 fish guide and fearless leader. He has been guiding for 16 years and is one of the best Montana River Guides in the Missoula and Coeur d’Alene areas.

Sam moved to Missoula, MT from Castle Rock, CO in 2002 and decided he never wanted to leave. Sam floats hundreds of miles on the river each year in a quest for the fish of western Montana’s waters. Sam spends most of his free time outdoors whether it is on the Golf Course (Sam is a scratch golfer) or exploring the wilderness throughout western Montana’s mountains, rivers and streams. His passion is to hunt for fish and help people catch fish while enjoying one of the most beautiful places in the world. 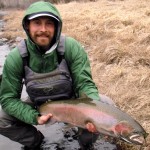 Natty grew up floating the multi-day rivers of central Idaho where he began his guiding career. Natty joined Adventure Missoula in 2005, guiding on the Clark Fork River in the summer while coaching kayaking in various foreign destinations in the winter. Natty is now a high school science teacher in Montana and spends more time with a fly rod than he does in a whitewater kayak. He returns every summer to guide for Adventure Missoula. He is one of the best Montana River Guides! 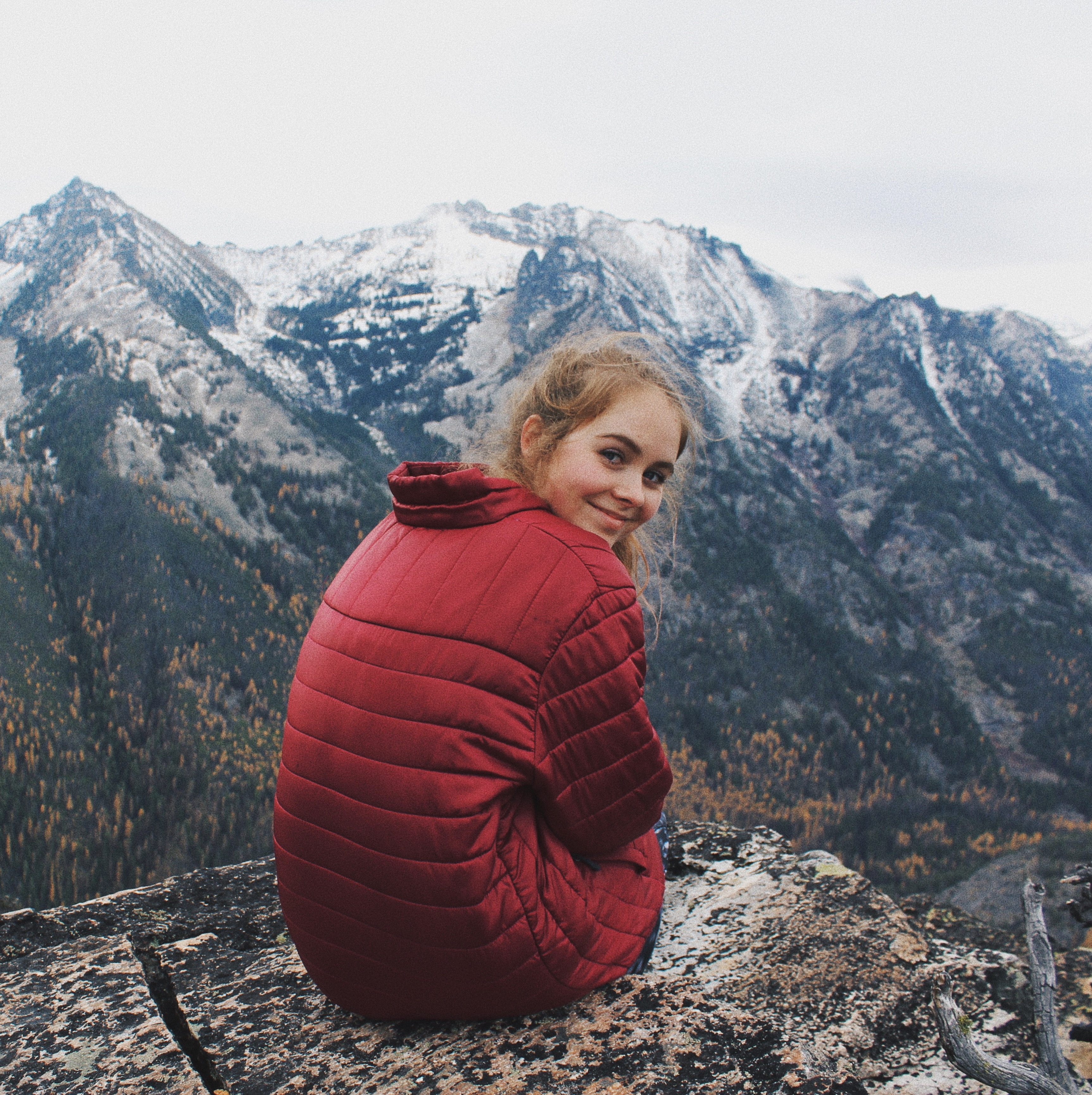 Alexis Murphy grew up on the South Hill of Spokane, Washington. In 2017, she moved to Missoula, Montana to attend college at the University of Montana and pursue a degree in Pharmacy. Alexis fell in love with all Missoula had to offer, including the beautiful Clark Fork River and downtown Missoula events, especially the Celtic festival. During the long Montana winters, she enjoys skiing at all the many great mountains around Missoula. Alexis has now been admitted into the PharmD program at the University of Montana where she will attend for the next four years. Her other Hobbies include Hot Yoga, Painting, and visiting Missoula’s nearby hot springs.

Andy was part of the USA Youth Fly Fishing Team, traveling to the Czech Republic, Portugal, and Pennsylvania during the summer to compete and learn fly fishing methods from the rest of the angling world. Andy got his start guiding in Alaska and has worked in Norton Sound and Bristol Bay, guiding on the Naknek River. Andy spends half the year in Missoula Montana guiding for trout and the other half on the Olympic Peninsula of Washington chasing steelhead. The dry fly fishing and healthy freestone rivers that define this region are why he calls Missoula home.

If you call us or email us, you’ll mostly speak with Sara. She grew up in South Dakota and originally fished with a pole, bobber, and worm and sometimes still does. She is a member of United Women on the Fly in the Pacific NW. She is the Founder of the Zootown Arts Community Center (ZACC) in Missoula and now works as a high school art teacher in Coeur d’Alene with her husband in the off season while running Coeur d’Alene Adventures and Adventure Missoula and general mom duties.

Stephen grew up spending most of his free time playing along the banks of the American River and exploring the Sierra Nevada Mountains. His appreciation for natural beauty and affinity for adventure drew him to the wonders of the Inland Northwest in 2013. He continues to spend his summer on the Clark Fork River, rafting, fishing, hiking, climbing mountains, and soaking in everything that Western Montana has to offer. Then as winter returns to he makes his way back down to California to spend the winter months skiing in the Sierra’s.

Wesley grew up in Polson, Montucky.  He enjoys kayaking, bicycles, hunting and rafting.  He also drives a fire truck on wildfires saving trees, forest creatures and such. 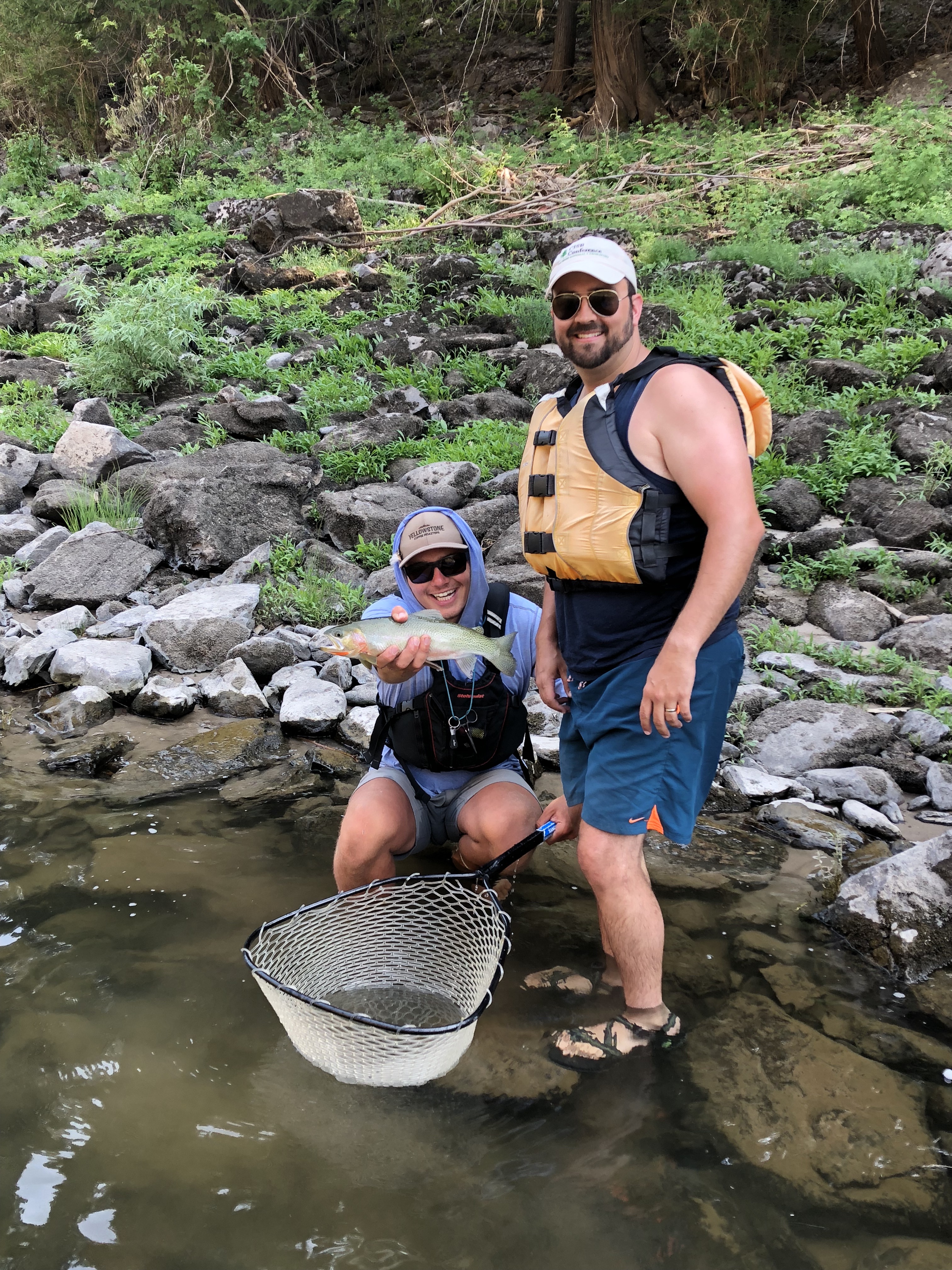 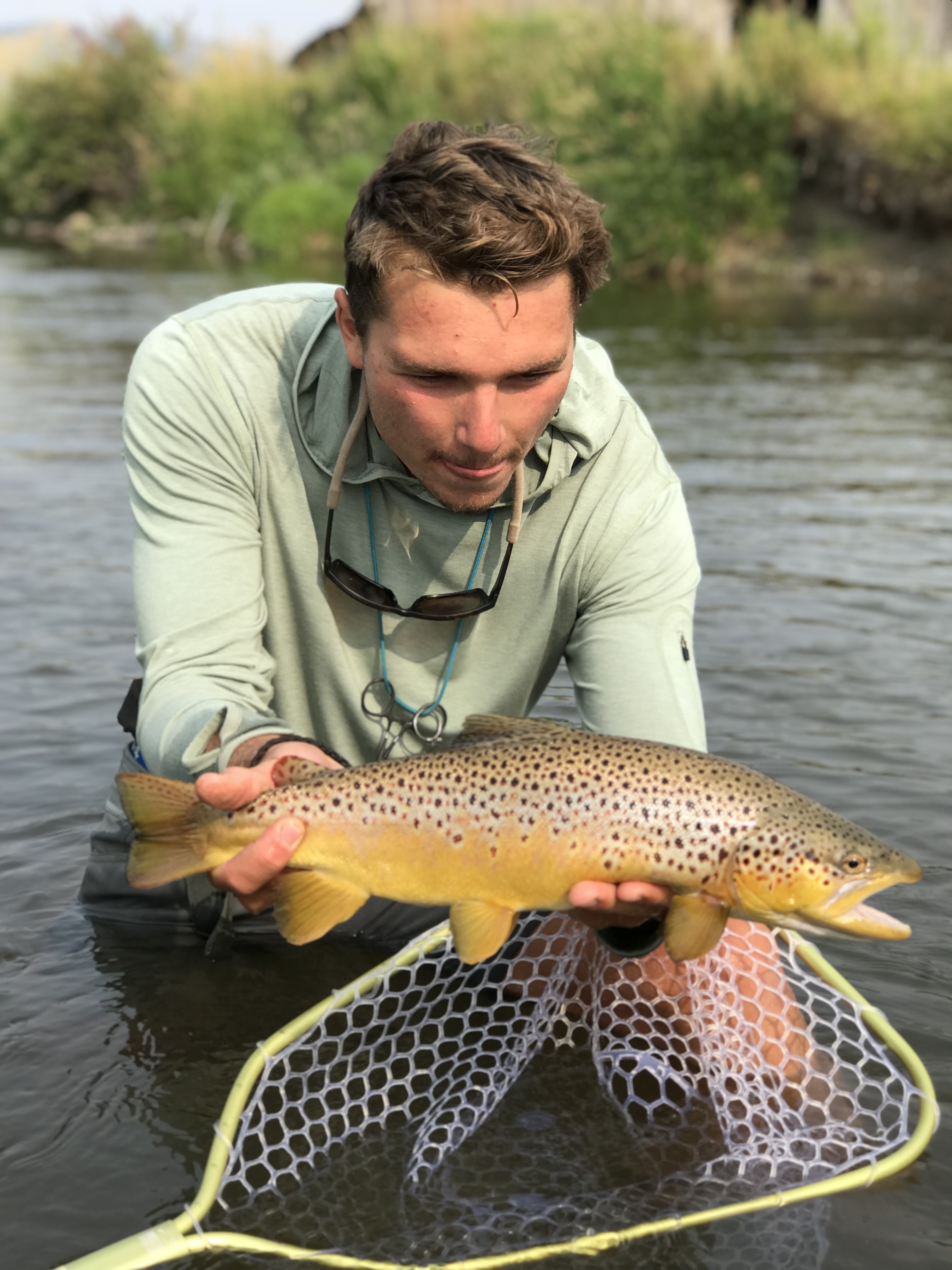 Will Weyer, Fishing Guide and Raft Guide
Will grew up near Bozeman, Montana and spent his childhood skiing Bridger Bowl, floating the Yellowstone River, and fishing small creeks near his home on top of the Bozeman Pass. He has since moved to Missoula, to pursue a double major at the University of Montana in Business Management and International Business. His interests include multi-day float trips, backcountry skiing, international travel, and quality coffee.

Cody Davidson, Outdoor Recreation Management, and Customer Service Cody grew up in Colorado taking advantage of the outdoor lifestyle by mountain biking, kayaking, split board touring, and other backcountry shenanigans. He continued to explore the mountains while at Colorado State University earning a degree in Outdoor Recreation and Tourism. After graduating he had an itch for adventure, he packed up everything and moved north to Alaska to pursue bike guiding. Still eager to help others explore the outdoors, he is looking forward to sharing his adventures in the
Bitterroot Mountains of Montana with others. 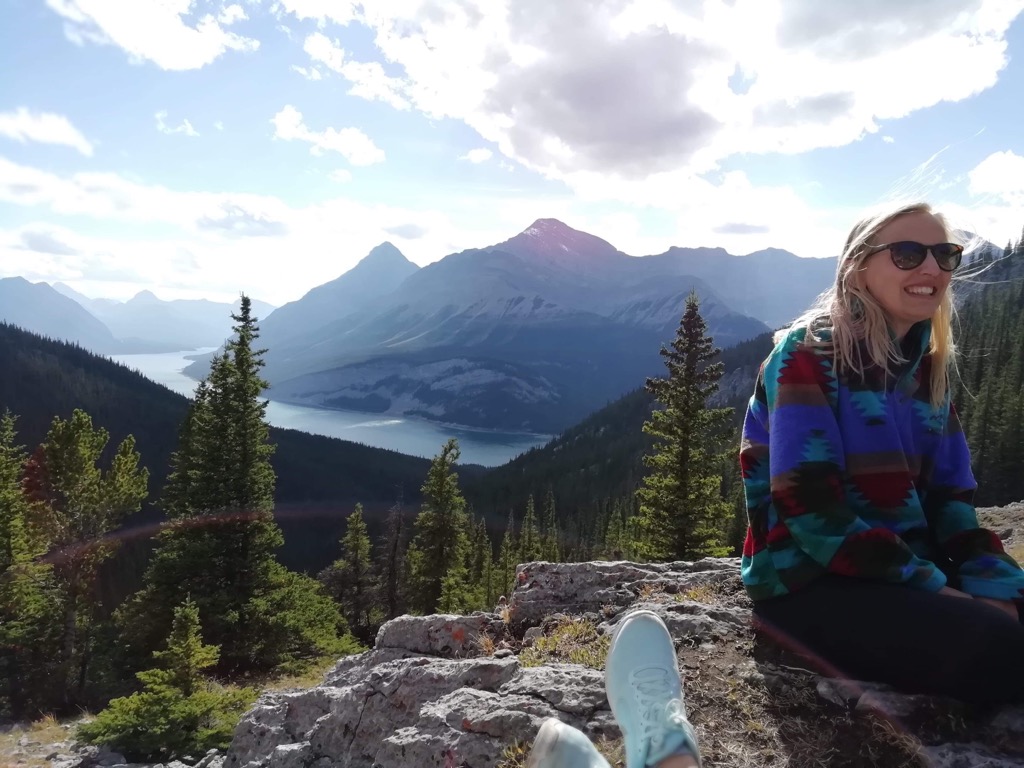 Jessica Raty, Rafting Guide Jess was born and raised in Montana, but spent the past year skiing and sometimes studying in Alberta, Canada. She is currently finishing two degrees in Resource Conservation and Political Science at the University of Montana. When she’s not splashing around in the Clark Fork, Jess can often be found running trail races and petting other people’s dogs 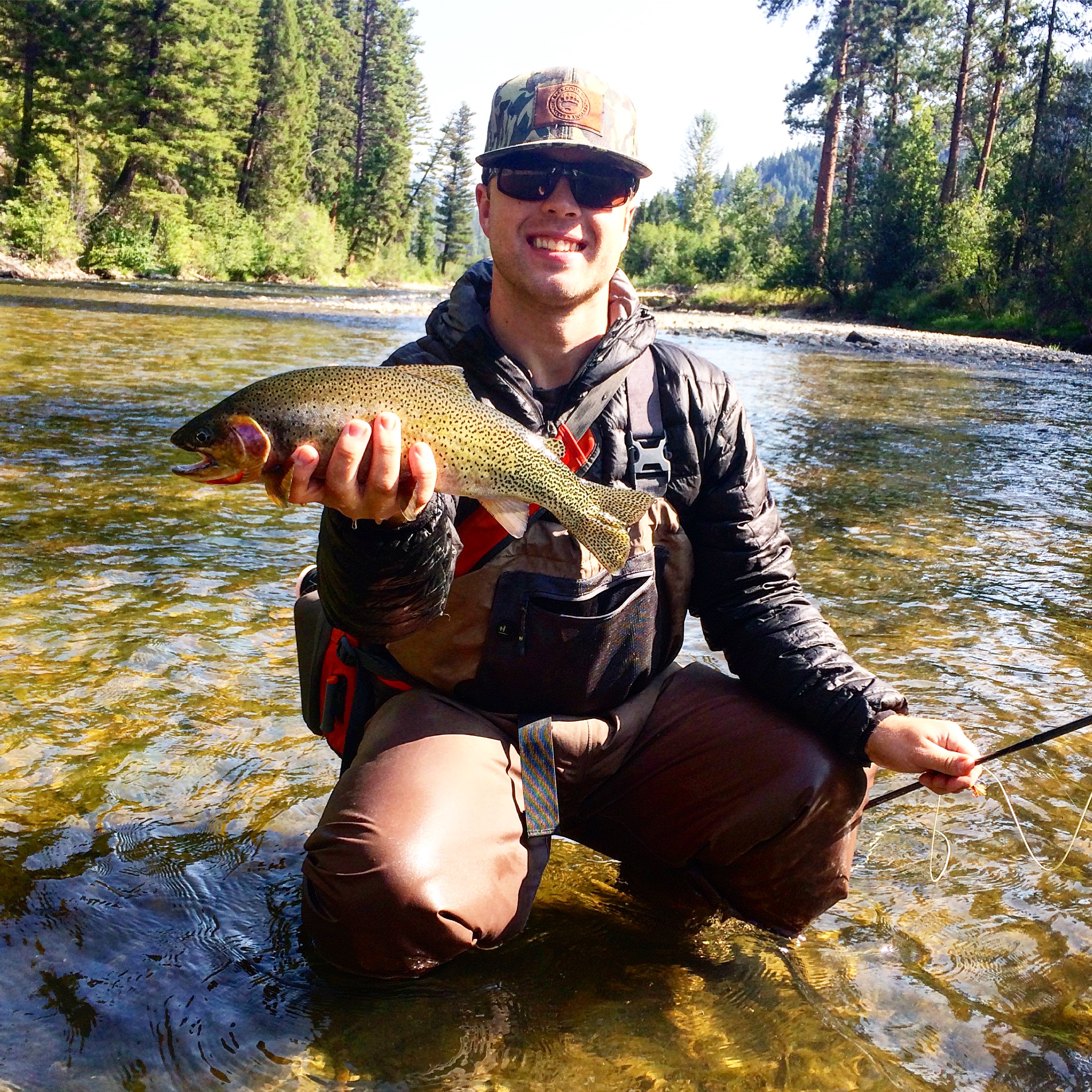 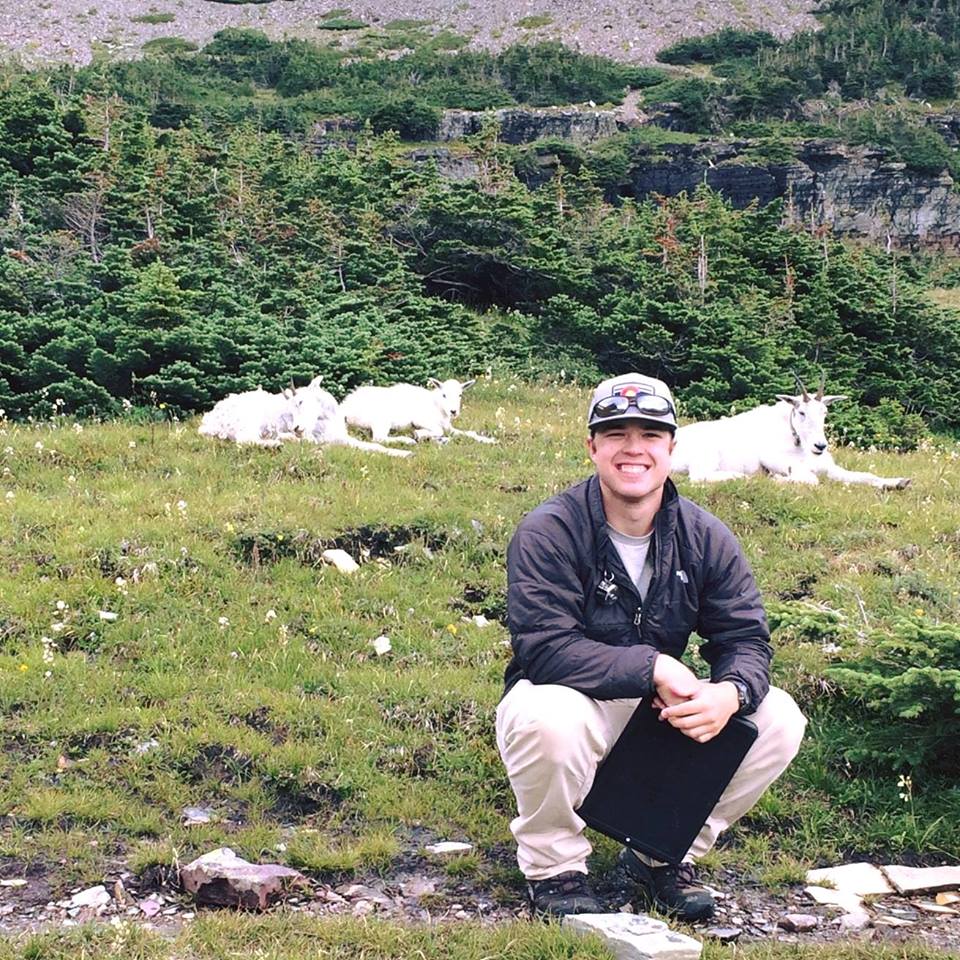 After growing up in Missouri, Trevor moved to Missoula to pursue a degree in wildlife biology at the University of Montana. Since earning his bachelor’s degree he’s worked on several wildlife research projects involving mountain goats, bighorn sheep, elk, deer, and moose. He’s also
previously worked in fisheries on the Clark Fork and Bitterroot rivers. When he’s not rafting with Adventure Missoula, he works as a hunting guide in Central Montana. His hobbies include fly fishing, hunting and anything outdoors.

Jillian Waltman, Outdoor Recreation and Customer Service I grew up 30 minutes north of the Twin Cities, MN. I moved to Missoula in 2017 to pursue a career in Parks, Tourism and Recreation Management with a minor in Biology at the University of Montana. I fell in love with everything outdoors when I was a young child going hiking, backpacking, climbing and floating the St. Croix River, so Missoula has been a perfect fit for me from the start. When I’m not studying you can find me somewhere in the mountains hiking and finding peace and beauty with what nature has to offer. 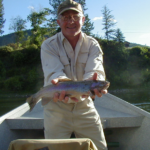 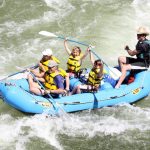 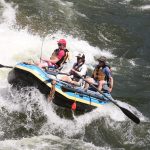 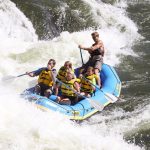 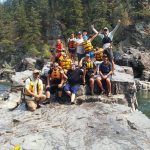 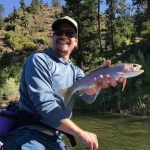 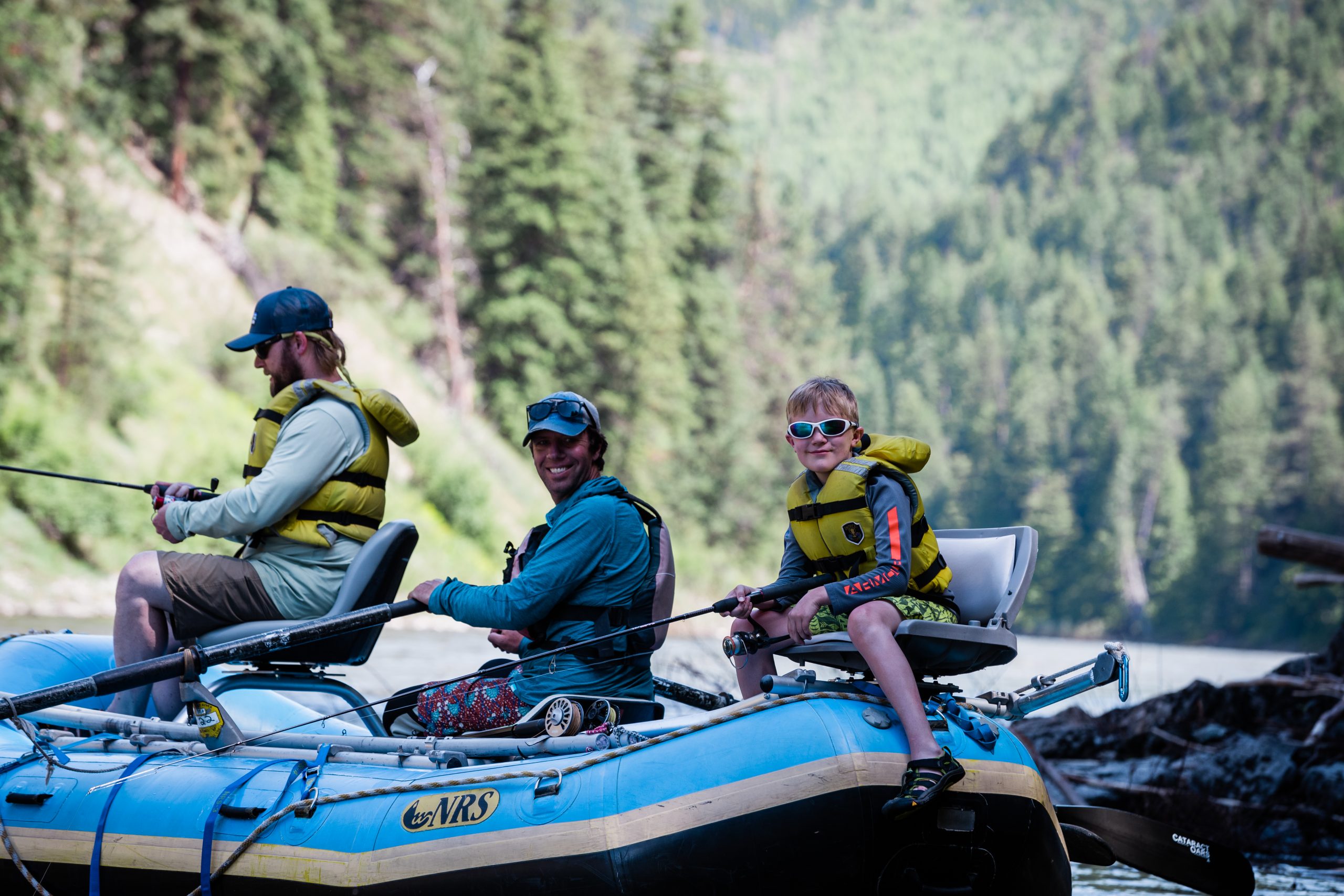 Our Motto: Providing good times, with a sense of responsibility.

We have solar panels on our shop. We are a paperless company. We provide locally sourced lunches for our guests. We include fresh garden grown produce and raspberries when possible to make your delicious river adventure unforgettable. We are the area's local ma and pa rafting company. We employ local guides to make your trip authentic and focus on education and recreating responsibly in our wilderness areas. 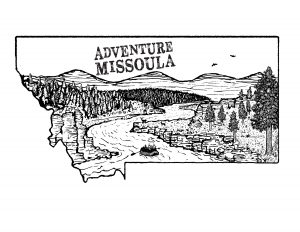